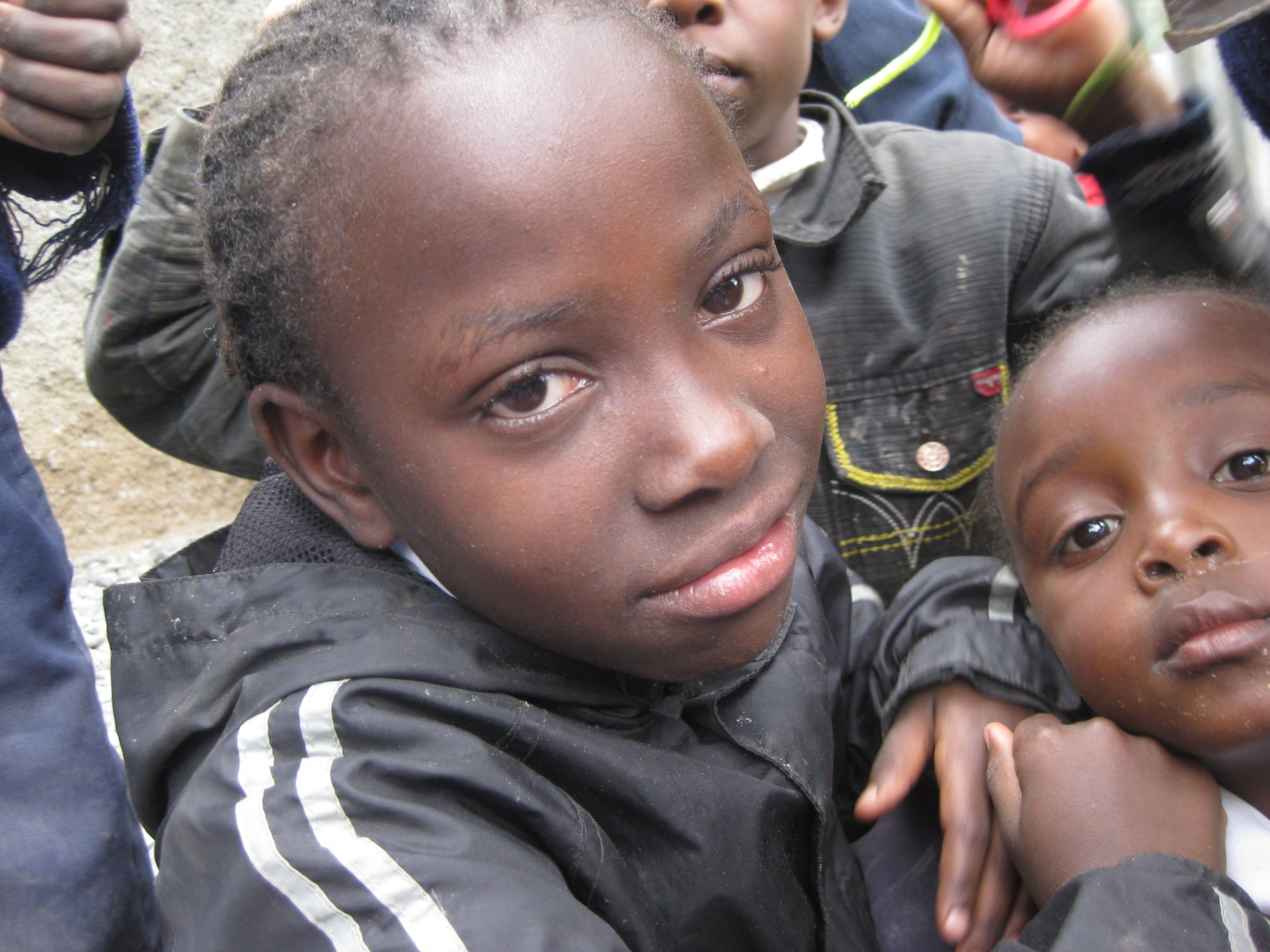 In June of 2010 I was brought by Cross Cultural Thresholds on a trip to Kibera, the largest slum in Africa, outside of Nairobi  in Kenya. They organized a large group from our country to help build a dormitory for an orphanage in Kibera. The building we put up is metal siding on wood frames, but is more of a home than most of these kids have ever had. My role was to assist those travelling there in a group process during morning and evening sessions, as we gathered before and after entering the slum each day. I wrote extensively on my blog during this time, so won’t repeat here the backgrounds of CCT and of the orphanage, as those writings are still available.

I offered to Agnes Musau, the founder of the orphanage, that I could work with children during the days while everyone was there building. I was so sincere, and so naive. Nothing, nothing, nothing can prepare you for the kind of lives these children live. No water, electricity or plumbing is available in this mud and trash village where 1 million people live on a piece of land the size of Central Park in New York. Many of the children are abandoned because their parents are dead from AIDS, or are drug addicts, or just disappear. Many go for days without eating, some raise a brood of younger siblings by themselves – I am talking a 6 or 7 year olds raising their 2 and 3 year old siblings, with nothing to eat. Violence and sexual abuse are standard. Being face to face with this is beyond what our minds are prepared to absorb. The faces of these children still radiate hope, goodness, humor and interest in life even while the looks in their eyes tell their stories.

I came into the situation saying, “Let me work with the children.” I listened to them through a translator. What I saw and heard changed my life.

I worked with them in groups of 5 or 6 at a time. One little girl named Esther was particularly edgy during our session. She seemed, more than the others, to be having a difficult time. My instincts told me to invite her to sit on my lap while I talked to the others. She accepted, and was very stiff at first. But as the kids, the translator and I spoke she slowly melted into the embrace I was offering her. Sometime into it, she started weeping. When the session ended I sat with her on my lap, spoke with her and comforted her while she wept. This went on for some hours. They tried to take her out to the playground to play with the other kids, but eventually brought her back to ask if she could sit with me while I worked with the other kids because she couldn’t stop crying.

For the next couple of days this went on. This was a healing crisis for Esther. I think she had never felt anything quite like it before, and she just had to assimilate what it meant to her.

At the time of this trip I was in conversation with Carter Via about working with Cross Cultural Thresholds going forward, and I thought I would return. I told Esther I would be back.

Things shift and change quickly in lives of individuals and organizations. After I got home the likelihood of going back with CCT seemed to diminish as my work and theirs took course. After the next group went over to help at the orphanage I got a note from one of the staff there telling me that Esther had looked up at her and asked, “Why didn’t she come back?”

This has haunted me. I find notes to myself from middle-of-the night kinds of moments saying, “Go see Esther.” Foolish as it probably was for me to say it, I told her I would come back. She trusted me enough to melt the hardness of an exterior layer that had protected her up until then and to surrender into the experience. I can’t live with not going back. My family and I have sent financial help to support these kids, my sister even initiating an ongoing relationship between the school she has been teaching in for decades, the American International School in Vienna, Austria, and the orphanage in Kibera. I have inquired and received reports that Esther is thriving and doing well, that she seems much more confident and is growing up.

But I said I would go back. I can’t go to my grave having made a promise and not fulfill it.

I made airplane reservations today and will be leaving on January 1st. I plan to ask those who might give me Christmas gifts to help fund this trip instead. If you, or anyone you know, would be interested to support this journey, even in tiny donations, I will take your hearts with mine to Esther, the 240 kids in the orphanage, and the incredibly loving, small staff who give their entire lives to helping these children to survive and to know they are loved. Any donations can be sent to me, Tayria Ward, 1168 Max Patch Rd., Hot Springs, NC, 28743.

My heart is full as I make this commitment. It is mysterious to me, but I trust it.